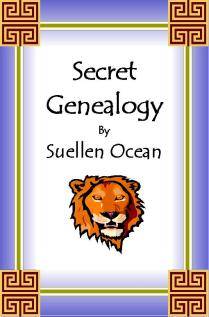 It wasn’t until I was researching Jewish genealogy for my father-in-law that I began to see a pattern in my matriarchal line. Never had I suspected that my Banta/Bonte ancestors were Jewish, there was never any reason to. We weren’t Jewish. It was never brought up. I should have suspected something. Growing up with only a Southern and Mid-Western identity, should have been a red flag. But when you’re sixteen, who cares? Except for the occasional What are we Mommy? so that I could chime in when my friends recited their ethnic backgrounds, it didn’t matter. 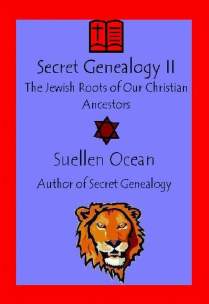 Once I was on the trail to uncover the truth about my ancient ancestry, I was pleased to see the surname Bonte on the list of Jews asked to leave Spain. Great lead. These same ancestors changed their surname to Jacobse and were known to use Jacobs. Jacobse, Jacobs and Jacobi are all Hebrew names. Even Epke, which my very ancient ancestor went by, I believe means Jacob. And the surname Leeuw was used as well. Leeuw and all its variations are Dutch for “Lion,” which is what medieval Jews were required to use when they signed documents. I was so astonished by these findings, I became obsessed with uncovering the truth behind many an American surname. 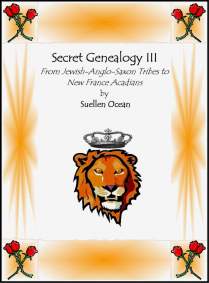 A Judahite is an inhabitant of Judah or a member of the tribe of Judah. In other words, a Judahite is a Jew. (Jew is a nickname that came later.) Those who study the bible know that one of Jacob’s sons was Judah and that is where the name of the tribe came from. Jacob is also referred to as “Israel,” which is where the name of the Middle Eastern country came from. To the ancient Judahites, Judah was synonymous with “lion.” A Jewish man could sign documents as either “Judah” or “Lion.” If you have an ancestor who was signing his name as Jacob, he was probably following the Jewish custom.