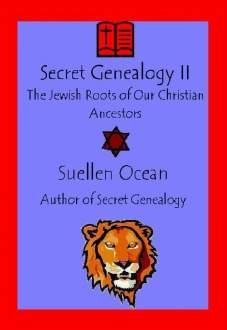 Noah’s son Ham is believed to be the progenitor of the Hamites, an ethnic group in North-East Africa. The Hamites descend from the Himyarite Kingdom (ancient Yemen) and blended with other African tribes, including the Hottentot, Bantu and the Masai. Let’s look at those three groups:

The Dutch called them Hottentot, they called themselves Khoi-Khoin. Stop me here why don’t you? I look for ancient Jewish ancestral clues. Khoin? Any relation to Cohen? Anyway, glancing at my old encyclopedia, it states that the Hottentot are the result of “early intermingling of semi-Hamite negroids” with bushwomen “perhaps” from Somaliland. “Racial purity has been affected by Boer and Bantu contact.” (The Boer were the descendants of the Dutch settlers. “Contact” is putting it mildly.) Further reading I see the expression, “half-breed” and further down the encyclopedia entry grows more confusing but this jumps out, “and at first called Bastaards, are of Dutch-Hottentot descent.” The Hottentot are described as being, “weak-limbed, brownish-yellow, long-headed, 5 ft 3 ins., with pointed chins and matted hair…”

“Bantu” means “the people” and is used to define numerous African tribes with a variety of dialects. My old encyclopedia states that most of the black people “living in equatorial and southern Africa (except the Pigmies) belong to the great Bantu family. It is believed that originally the Bantus lived in Eastern Africa and at some later period pushed their way south and west.” Taking a look at my globe I see that the Bantu people could have come from the Holy Land thus making them Bani-Israel, Children of Israel. According to the same Grolier Encyclopedia, the languages of black Africans fall into five major groups: Bushman, Bantu, Sudanic, Hamitic and Semitic. The Bantu group has 400 languages. 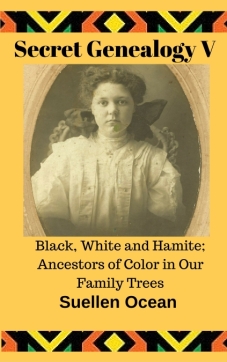 Wikipedia describes the Masai as a “Nilotic ethnic group.” Nilotic means they are associated with the Nile River. Wikipedia says that they inhabit “northern, central and southern Kenya and northern Tanzania.” My old encyclopedia describes the Masai as having a “predatory temperament” due to “Hamitic contact.” Many were removed to a reservation and many reside in East Africa, Masailand. They are described as, “sinewy, round-headed, thin-lipped people, with Caucasoid nose…”

The “intermingling” of these tribal people with the Dutch, gave nature a vast genetic pool from which to draw. Resulting in… us.

Suellen Ocean is the author of Secret Genealogy II – Uncovering the Jewish Roots of Our Christian Ancestors. Available here: