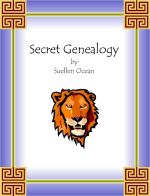 I’ve just completed watching the latest from the television hit series, “The Vikings.” My husband and I have enjoyed each season, even though they are extremely violent and I can’t help but wonder what impressions the violence makes on an unstable mind. The series is an attempt to entertain and inform us of the history, (the history channel produced the earlier seasons.) But now for 2016, a big Hollywood studio has taken over. The change downgraded it but not too badly. It is still the same characters that are fun to watch. Those endearing, lovable sword wielding butchers that we’ve come to know as Vikings.

One of the most important aspects of the show, to me, is that it drives home the fact that earthlings were and still are, very multi-cultural. Slave trading and the ancient Silk Road brought opportunity for admixture. If you listen carefully to the names of historical figures, you’ll hear, as I do, the name of a princess, Judith. Might that be a Jewish name? In Ye Olde England? 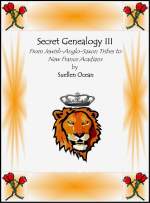